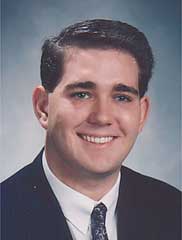 In just two days, the fifth anniversary of the September 11th terrorist attacks will be upon us. That day five years ago passed so quietly at rural Houghton that it was almost impossible to believe anything had happened. But, like everyone else in the nation and many around the world, we watched. We watched as the world we knew crumbled with the Twin Towers.

That tragic day wounded every one of us. Yet, the deepest scars are carried by those who lost loved ones as the Twin Towers collapsed and with those whose friends and family sacrificed themselves outside Shanksville, Pennsylvania, in the hope of saving others and with those whose husbands, wives, children, siblings and friends were killed as they went about their daily duties in the Pentagon.

Thomas E. Hynes went to work at the Vestek division of Thomson Financial that day, probably without the slightest inkling that anything out of the ordinary would happen. One can never be certain, but I'm willing to bet that Thomas didn't wake up knowing he was going to die, he wasn't traveling to work with the expectation that he would become a victim of men set on martyrdom or with the goal of becoming hero. Internet research reveals only a few tantalizing clues about this man I volunteered to memorialize.
Who knows what Thomas may have been thinking, what he had on his to-do list, who he meant to call that day at work? He was from Norwalk, Connecticut, nearly 50 miles away from Manhattan. Did he drive or take the train? Did he listen to music during his commute? What was the last song Thomas ever heard? I can't answer any of these questions for you. There is probably no one who can. All we know is this: 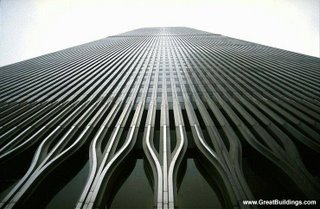 2,996 people woke on the morning of September 11, 2001, and prepared for the day ahead. 2,996 people went to work or got on a plane. Among that number there was one named Thomas E. Hynes, 28, from Norwalk, CT. One day later, the world had changed and those 2,996 people, including Thomas, would never be heard from again. Perhaps the best way to honor the memory of these fallen Americans is to mourn our loss, honor their memory, and do our best to love those around us as if this day will be our last.

I would love to hear from any of Thomas' family members or friends who might be able to fill in some of these gaps... I invite you to make this post your own, to add to or correct anything I've written. And, as you mourn your husband/brother/father/son/friend know that my prayers are with you and that "the peace of God, which surpasses all understanding, will guard your hearts and minds through Christ Jesus."
Posted by Unknown at 9/09/2006 03:46:00 PM

Tom is a brother of one of my friends from college. Sadly, I have lost touch with my friend, and should call him.

I met Tom once when he visited his brother's school; he drank with us, and was very cool. He played Lacrosse for Niagara University, and I believe both of his parents were still alive on 9/11.

Thanks for thinking of him.

Tom was a friend of my cousins, I knew him casually. 3 weeks before 9/11, I spoke to him at a party. He and his wife just found out they were pregnant. they were thrilled.

Saddly, he never knew he had a daughter, never saw her smile.

I knew Tom as he was growing up in Pelham, NY and coached him in soccer on traveling teams and on the Pelham HS Varsity team. I'd be willing to bet he was helping others on that dreadful day and he is still sorely missed by all who knew him. RIP Thomas.

I am honored to have been on Tommy's Softball team. We played weekly games together at Delphino Park in White Plain NY. He was a wonderful 2nd baseman as well as a great teammate

I played Softball with Tommy. We played weekly games at Delphino Park in White Plains NY. He was a fine 2nd baseman and a Great teammate. The memories last forever

I knew Tom growing up. His wife was very pregnant at the time of his tragic death and his daughter's middle name is Tommie. He actually called his brother to say he was okay and was making his way down the stairs and would see him at their parents. that night we were with his parents and sadly we never saw tom walk through those doors :(

Tom and I went to Niagara University. He was on my team from freshman orientation. We became good friends and he was a fixture in our dorms just visiting all his friends. He was always happy and such a down to earth great person. He will never be forgotten.

Tom, I think about you every anniversary. I was your client. We were emailing back and forth that morning. I keep your memorial card that Vestek mailed me in my personal files. I will never forget. - Bob

I was 12 years old when the attack happened on this day 11 years ago!!! Tom was my dads cousin and i remember the last conversation I had with Tom. It was the end of summer in 2001 and he was in his car i guess driving home and he was talking to my dad and I about going to a ravens game at the start of the season (my dad and i live in MD)!!! I don't really remember too much but he is in so many pictures and when my family talks about him it is nothing but praise!! We miss and love you!!!

Thomas is my cousin. Raised in Pelham, NY by his parents, my Aunt Fran and Uncle Bill. His brother John and my Aunt and Uncle are devastated by his loss. He was married to Carolyn who had only found out she was pregnant a few weeks before his death. He never met Olivia. He spent many a Summer living at my parents home in Brooklyn. I have four brother (The Hynes Boys) and Thomas was truly the fifth. He was a happy, wacky, fun-loving sweetheart. He had only recently taken his job at the Towers - possibly the reason that he told his Dad that he was going to stay, even though the other employees from his firm were making their way down the stairs. My Aunt and Uncle have never recovered from his loss. He was truly the apple of their eyes. We all miss him so much and hope that he is resting in peace waiting for the day when we are all together again. Kathy Hynes-Flaherty

Thank you all for your comments and the details you've shared about Thomas' life. I appreciate learning more about him. Being able to humanize the event through his story makes it easier to "never forget."

I met Tom at Niagara University and he became a fixture in our dorm room! He knew EVERYBODY and everybody loved him! He always made his rounds from door to door visiting friends and hanging out with friends. If someone wasn't home, he'd knock on the neighbors door to see what was going on . He always always always had a smile on his face. I don't think I've ever seen him mad. We first met at freshman orientation where we fought for a seat on the back of the pickup truck driving down the street as everyone else walked behind! Tom was a funny, caring, sweet, amazing guy and he is deeply missed especially by the alumni of NU! Although I've never met them, I think of his wife and child often! I know he is Angel looking down from heaven still checking in on everyone to see what's going on! 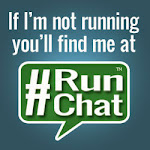